This is the fourth MagSafe adapter for my 2008 MacBook Pro. Basically I keep failing the adapter once a year. The original one has the cable broken near the brick (yes, the loose strand problem), I fixed it in an ugly way; then I ordered a second one in a black box (USD 79.99) which run perfectly for less than a year, then has serious stuck pin problem; the third one is an exchange in Apple Store in 2009, which found stuck pin again in a few months; and exchanged for the fourth one on April 2010, the one that I am using. This is the longest lasting one, for 1 year and 4 months.

One year and four months means you lost your warranty. And at this time, I got the lose strand problem again. But this time, the loose strand is at the T-connector, the most commonly found problem on the web.

Actually I didn’t see the loose strand. But I see the green light on the T-connector becomes dim (barely can tell it lighted up), and the OS X reports “not charging” when the connector plugged in. According to my experience with the first adapter, I can tell that’s the problem of loose strand.

The problem on MagSafe is that, it is a shielded wire, which the core and the shielding strands carries the positive and negative DC. So if the strands get loose, you break the circuit. By examining the outlook of the wire, I am quite sure the loose came at the T-connector side, because the plastic at that end didn’t look smooth. Then I tried a bold move: To open up the T-connector like below with the smallest screw driver I have. 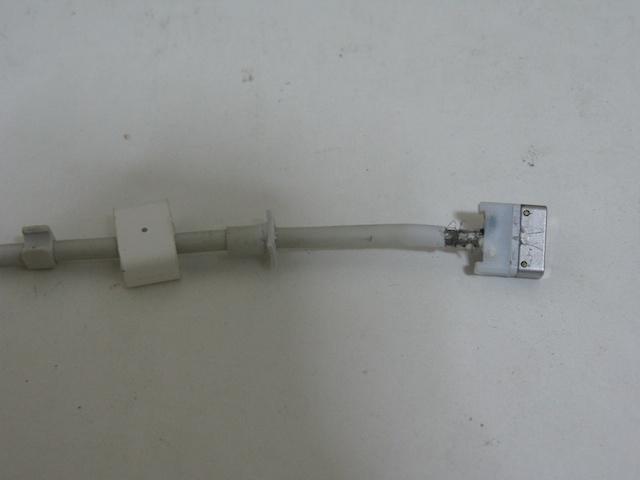 So one can see the stretch on the metal part of the connector. That’s because I open up the connector by a screw driver. The loose strands is obvious in the picture. A closer look is below, showing the “ring” that holds the strand as well, and the loose strands are now outside the ring: 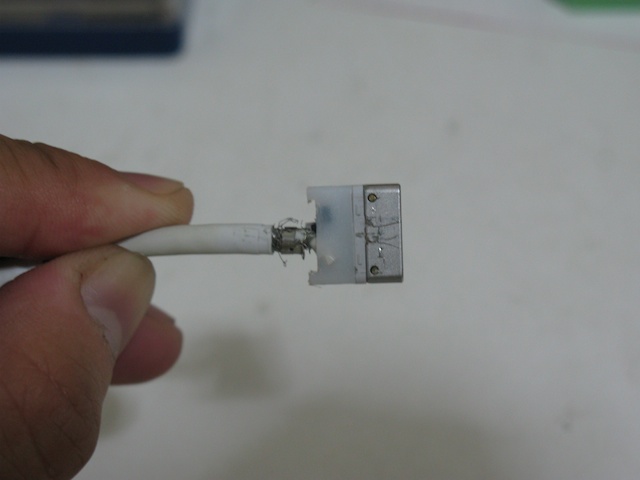 The fix is easy: Just pull over all the strands to one side so that each thread stay together, like below: 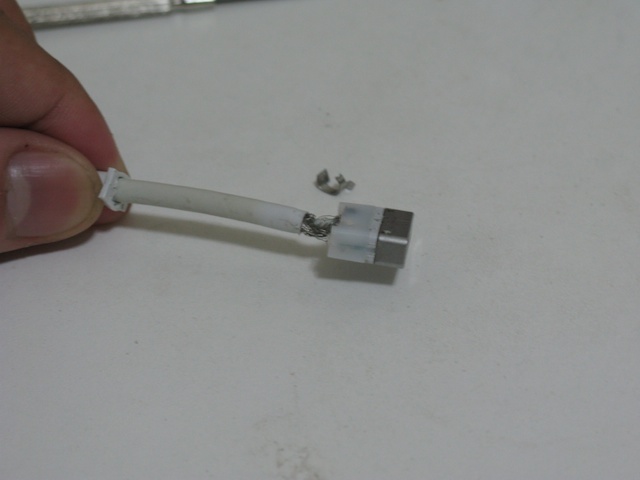 To test over it, I plugged it into the MBP and found a bright green light: 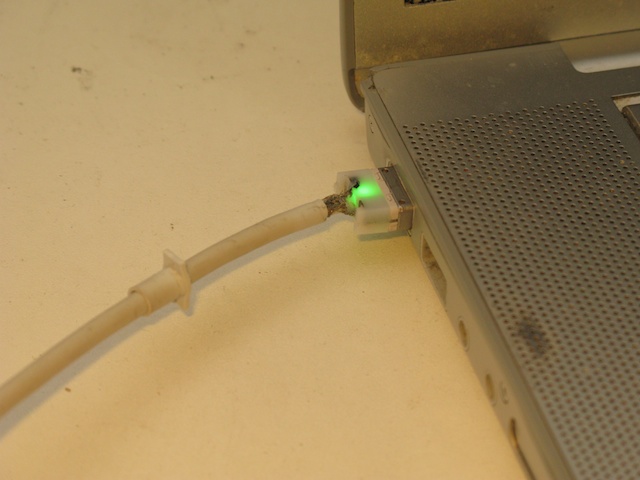 For reinforcement reasons, I put some soldering lead on the strands to hold them together: 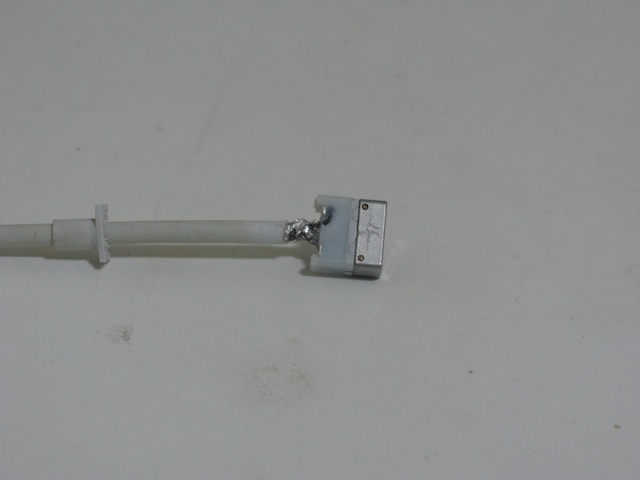 Then put back the ring (but now its role to hold the strands is not that important), pull the plastic together, and restore its original look. 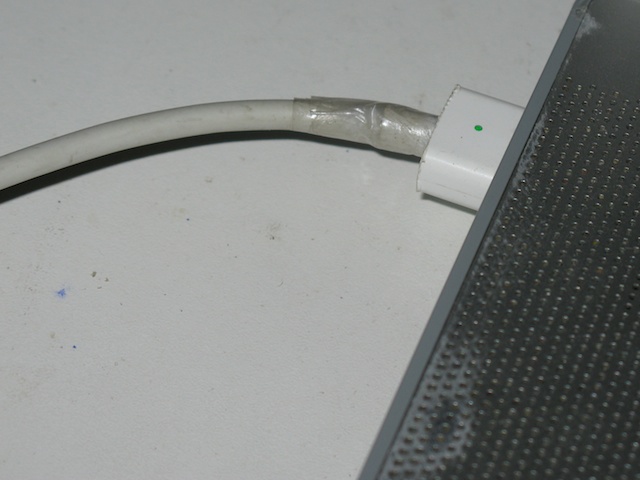