Capital control: Taxes or restrictions on international transactions in assets like stocks or bonds

Balance of payments of a country 1 2:

Chen and Orlik (2016)4 calculate the adequacy of Chinese foreign exchange reserves under alternative assumptions about the effectiveness of Chinese capital controls.

Defer a decision and continue to sell off reserves 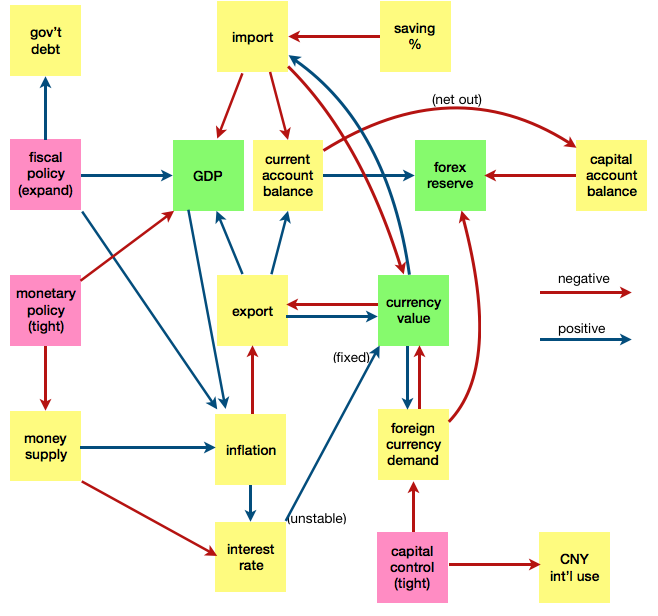